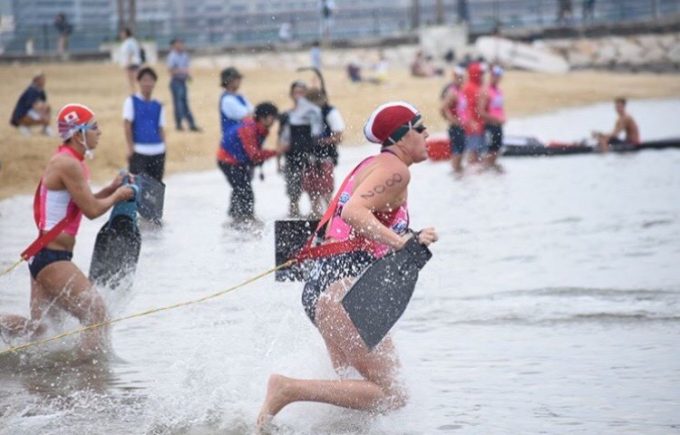 In November, first-year DPT student Casey Francis competed in the 2018 Lifesaving World Championships in Adelaide, Australia. She was selected to compete with the USA team in relay and individual events.

“My events went really well,” she said. “My highest place being in the Open Water Surf Swim where I placed sixth in the world.”

Francis also set a new American record in the 200 meter Super Lifesaver event, which consists of swimming while carrying a dummy and then having to clip the dummy to a tube to swim it back to the starting line.

She competed in nine events, consisting of individual and relay pool and ocean events.

“I love team events, especially the Rescue Swim in the ocean,” she described. “Team events are my favorite because I love working with everyone and celebrating a win as a team.”

Although done with this tournament, Francis is already preparing for upcoming challenges. She’s hoping to broaden her scope of events since this past championship she was limited to mostly swimming events.

“I am working to improve my prone paddling and surf ski events for the future so I can participate in the IronWoman event at a world level,” she said. “I’m also hoping to qualify for the International Surf Rescue Challenge in South Africa this fall.”

We have high hopes for Francis as she embarks in these challenging tournaments! We’re very proud to have DPT students who constantly push boundaries.