After 34 years, the department will be saying a bittersweet goodbye to Danny Martin, PT, PhD, FACSM, Danny is a revered cardiopulmonary physical therapist, mentor and friend. Having worked his way up through the tenured academic ranks and retiring as a full professor, he has touched thousands of hearts and minds while at UF. 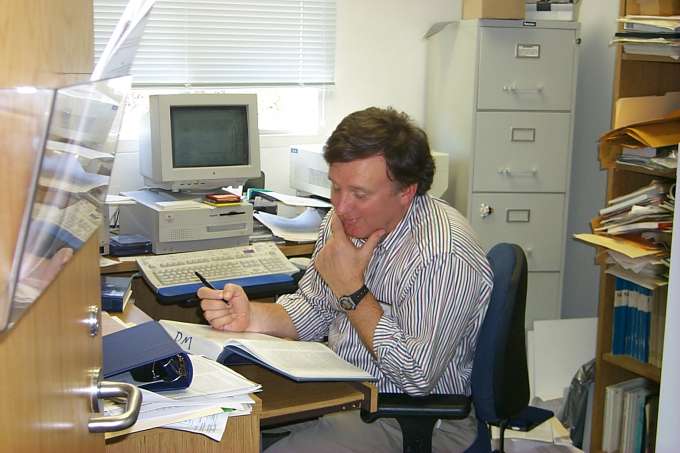 Danny joined the PT department in August 1985, when the entering class size was 30 students who received a bachelor’s degree. Over the years, he has seen tremendous growth in the department, which now graduates over 70 DPT students who receive explicit training on treating patients with complex rehabilitation problems.

Before Danny became a faculty member, his interest in physical therapy started when he was an undergraduate student at the University of Tennessee, Knoxville studying physical education and exercise physiology. He witnessed two of his uncles suffer heart attacks and that made a lasting impression on him.

“At that time, cardiac rehabilitation was in its infancy,” Danny explained. “It became obvious that cardiopulmonary physical therapy was the proper career choice.”

Since the beginning of his faculty career, Danny has taught cardiopulmonary classes in the physical therapy program. Once the Rehabilitation Science PhD program was established, he started teaching seminars on statistical analysis and research interpretation, as well as mentoring PhD students.

“As a teacher, I’ve always received great satisfaction from presenting new concepts and techniques to students and watching the ‘aha experience’ when they internalize the information,” Danny said. “It’s very gratifying for former students, in many cases many years after they have graduated, to tell me how helpful my class was to them as a practicing physical therapist.” 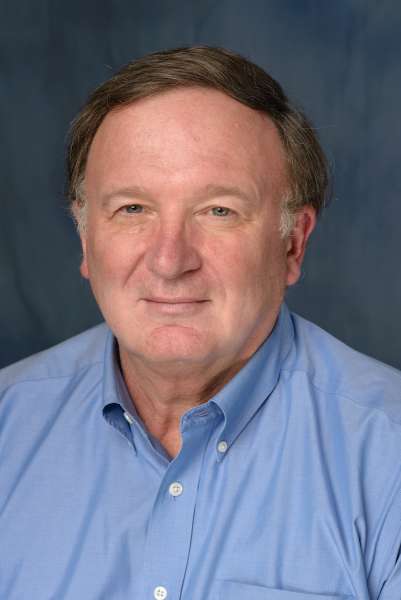 Not only has Danny made an impact on countless students, but over the past 24 years he has also helped over 850 patients during his time at the UF Health Shands Hospital Lung Transplant Center. He has played a fundamental role in shaping the pre- and post-transplant rehabilitation programs for those patients.

“Seeing patients with end-stage lung disease during pre-transplant physical therapy evaluations has been challenging,” Danny said. “So watching these same patients breathe comfortably again, improving their exercise tolerance, and gain confidence on a daily basis after transplant is extremely gratifying. It is a constant reminder of why I became a physical therapist.”

Similar to his contributions to the lung transplant center, Danny has been a key driver from a research standpoint, having completed clinical trials that show that the strengthening of the breathing muscles of patients who have difficulty weaning from mechanical ventilation will help them breathe without ventilator support.

Since being awarded the department’s first National Institutes of Health grant, his research efforts have grown exponentially — contributing to the world’s first research studies on intermittent diaphragm stimulation in ventilated humans and documenting the effects of activity on diaphragm force production from diaphragm muscle samples.

“In the last 10 years, critical care medicine’s interest in diaphragm rehabilitation for ventilated patients has grown substantially,” Danny said. “I like to think that I have made a significant contribution to that interest.”

We’re only scratching the surface of all that Danny has accomplished during his time in the department, but as June is quickly creeping up, his eyes are now focusing on retirement — and his boat.

He and his wife, Amy, plan to travel more and visit their weekend place in Cedar Key.

“I will be spending a lot more time on my boat,” he said. “Being unencumbered by the workweek and taking trips on short notice will be a lot of fun.  I am looking forward to it!”

“I have very few regrets about having spent nearly 34 years of my life in this department and at the University of Florida. It has been intellectually exciting, challenging and rewarding to work with the students and faculty. The department has generated tremendous academic growth in the past 30 years and will I am confident it will continue to grow in the future.”